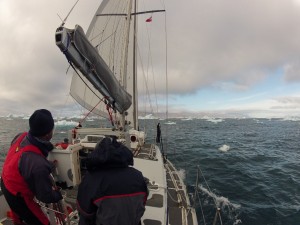 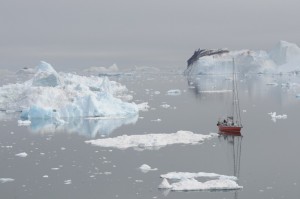 Three weeks of R+R for us

Meeting Rev Bob Shepton (S/Y Dodo’s Delight), rounding up a couple of his stray climbers, spending time in Laksefjorden and enjoying the sea trout from it. 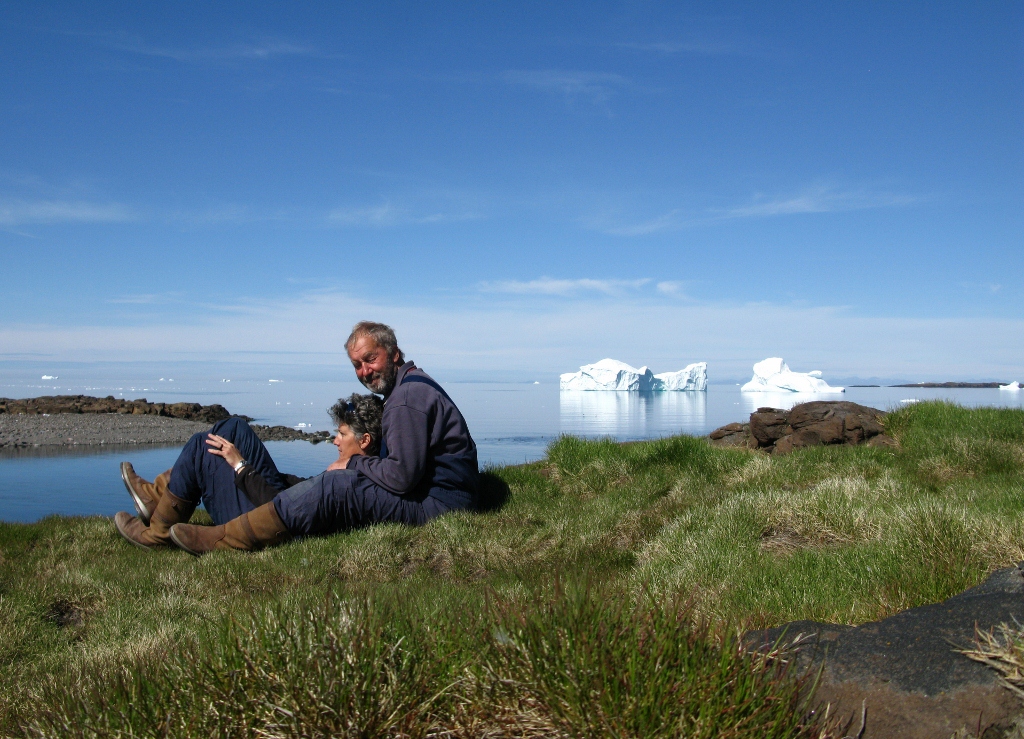 The usual repairs/ maintainance to keep us on top of things, also to finish off a couple of jobs we had put on hold we got to Greenland!

We returned to Upernavik ready for our next charter,  passing S/Y Billy Budd (another yacht we know from Patagonia) rounding into the harbour anchoring with 2 lines ashore we were soon one of five yachts.  S/Y Vagabound2, a French couple with two small children that have just spent the winter in Grisefjord.  S/Y Dodo’s Delight leaving soon for North West Passage S/Y Jonathan also for NWP, S/Y Bulzebub also for NWP.  Greenland is becoming a busy place.

A low passed over giving us probably our worst weather since arriving in Greenland.  Upernavik is not a very well sheltered harbour with the occasional Iceberg entering.

Once the weather passed we were left all alone waiting for our next charter guests to arrive.

21st June, Greenland’s National Day, our charter guests arrived.  A multi-national team via the Greenland Institute of Natural Resources (www.natur.gl) Three weeks of studying local sea birds including guillimots, gulls and kittiwakes but their main interest was the Eider Duck.

In summary, this charter we enjoyed very much, three weeks excellent weather only a couple of wet days.  Visiting many islands offshore and inshore and in the fjords from Ilulissat to Kaulshavn spotting, counting,  measuring  eggs, nests and birds and meeting some local hunter/ wardens.

The charterers were a great group, Flemming, Peter, Nick and Kitta were a pleasure to have onboard. 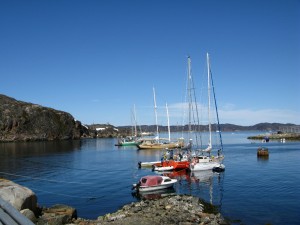 We left Nuuk with light southerly winds forecast which filled in nicely, ending in a belting sail direct to Aassiat.  Arriving to find Tooluka, La Louise, Gambo and another French yacht all anchored in the harbour.

Eef called us to moor alongside Tooluka a great reunion after two years.

Busy harbour, they say only 20 foreign visiting yachts a year.  In Aasiaat we enjoyed the cruising lifestyle sharing drinks and meals with friends old and new, felt like a well-deserved after all the hard work of preparing Arctic Tern UK.  A couple of days passed quickly.

Buying last provisions topping up with fuel, we left Aaissat via a local anchorage to fill up with water from a stream a place the locals go to fill cans for preferred drinking water.  Onto a nature reserve for Arctic Terns nesting site a very peaceful anchorage for the night.

The next day we crossed Disko Bay towards Ilulissat,  an intimidating entrance of about  six miles through the ice floes from  Jacobhavn Isfjord .  One of the northern hemispheres most productive glaciers of icebergs. 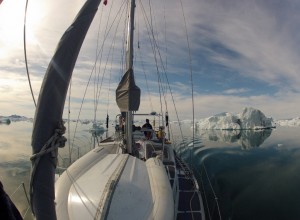 The tiring five hour journey weaving our way through some very large icebergs to parting a carpet of large ice cubes.  We arrived at the busy fishing harbour Ilulissat just as a gale warning was issued.  Finding a place to tie up was decided for us as Abel Tasman was tied alongside a large long liner. Finally secure the mist and the mosquito’s descended.

Ilulissat a town set up for tourists, with bars hotels restaurant’s and internet cafes not forgetting the magnificent  Jacobsfjord  Ice fjord  which provided us with an interesting entry,  tourists can walk alongside it with fantastic views right across it. 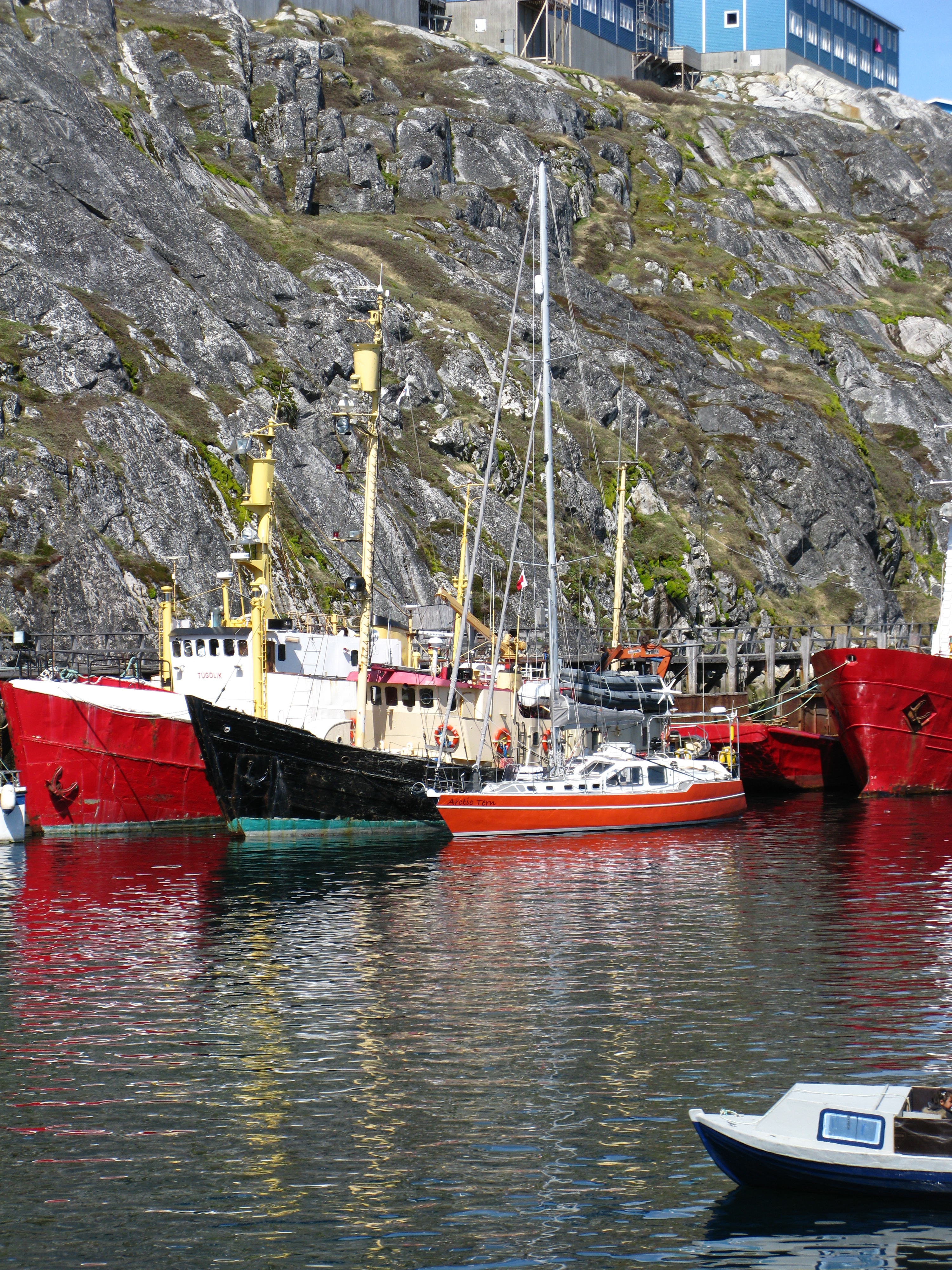 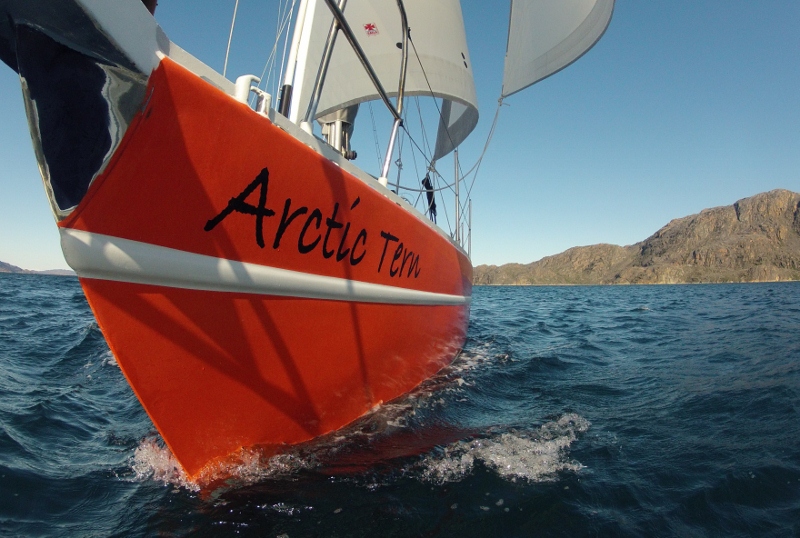 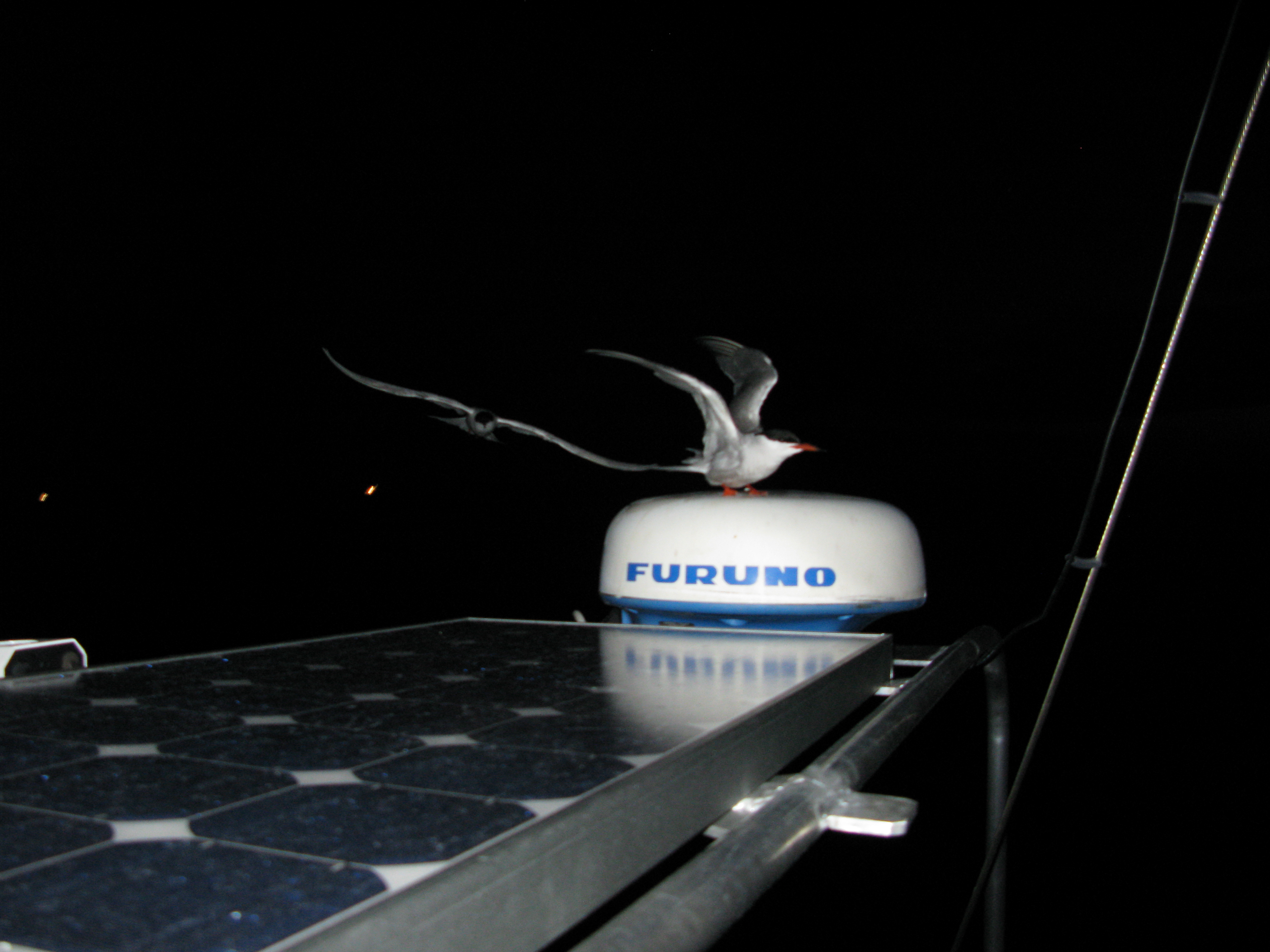 Our First Passengers a couple of real Arctic Terns

Major refit, preparing Arctic Tern for her next expedition.